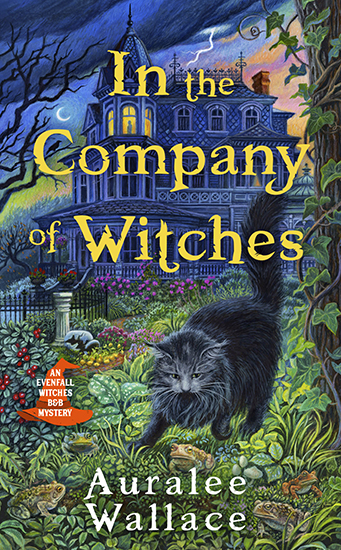 In the Company of Witches

When a guest dies in the B&B she helps her aunts run, a young witch must rely on some good old-fashioned investigating to clear her aunt’s name in this magical and charming new cozy mystery.

For four hundred years, the Warren witches have used their magic to quietly help the citizens of the sleepy New England town of Evenfall thrive. There’s never been a problem they couldn’t handle. But then Constance Graves—a local known for being argumentative and demanding—dies while staying at the bed and breakfast Brynn Warren maintains with her aunts. At first, it seems like an accident…but it soon becomes clear that there’s something more sinister at work, and Aunt Nora is shaping up to be the prime suspect.

There’s nothing Brynn wants more than to prove Nora’s innocence, and it hurts her to know that even two years ago that might have been easier. Brynn, after all, is a witch of the dead—a witch who can commune with ghosts. Ghosts never remember much about their deaths, but Constance might remember something about her life that would help crack the case. But Brynn hasn’t used her powers since her husband died, and isn’t even sure she still can. Brynn will just have to hope that her aunts’ magic and her own investigative skills will lead her to answers—and maybe back to the gift she once thought herself ready to give up forever.

This is the perfect blend of mystery, magic, and mayhem.
—Sofie Kelly, NYT bestselling author
Fans of the paranormal will enjoy the series debut of the Warrens, who go way beyond quirky.
—Kirkus Reviews
I’d highly recommend this not only to fans of paranormal cozies but to anyone looking for a meaningful but not too heavy and still highly entertaining mystery read.
—Criminal Element 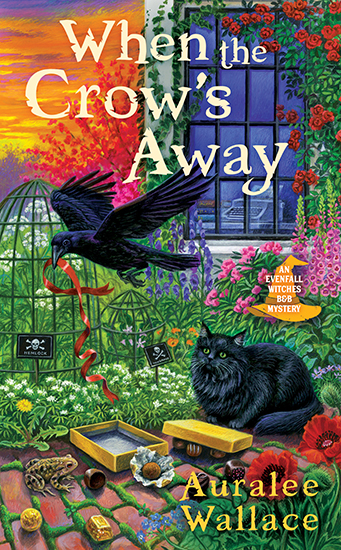 When the Crow’s Away

The ghost of a recently deceased chocolatier believes he was murdered, and it’s up to young witch Brynn Warren to use her magical gifts and old-fashioned sleuthing skills to find out how he really met his bitter end in this enchanting new Evenfall Witches B&B Mystery.

After spending months unable to use her powers, Brynn Warren is once again using her gift and working at her family’s bed-and-breakfast. Her heart is full, and although one of her aunts wonders if it might be a little more full with a bit of romance in her life, Brynn is certain that finding love again is not in her future. In fact, she can’t imagine anyone being more certain of anything… except for maybe, the recently deceased Mortimer Sweete. He’s certain he’s been murdered, and he wants Brynn’s help to bring his killer to justice.

Mort is positive he knows who killed him: his business partner’s wife, Cookie, who had been trying to get them to sell the candy shop for months. But Brynn doesn’t share his conviction. After all, the coroner ruled his death natural causes, and Mort did have health problems in life. But with Cookie putting up a For Sale sign for the shop already, Brynn knows she can’t just let it go.

Trying to solve a might-be murder while attempting to stop her aunt from meddling in her personal life seems like a recipe for disaster. If Brynn wants to bring Mort’s spirit peace, she’ll have to rely on all her skills—both magical and mundane—to uncover the truth.